Duplications and deletions of short chromosomal fragments are increasingly recognized as the cause for rare neurodevelopmental conditions and disorders. The NDR2 gene encodes a protein kinase important for neuronal development and is part of a microduplication region on chromosome 12 that is associated with intellectual disabilities, autism, and epilepsy. We developed a conditional transgenic mouse with increased Ndr2 expression in postmigratory forebrain neurons to study the consequences of an increased gene dosage of this Hippo pathway kinase on brain circuitry and cognitive functions. Our analysis reveals reduced terminal fields and synaptic transmission of hippocampal mossy fibers, altered hippocampal network activity, and deficits in mossy fiber-dependent behaviors. Reduced doublecortin expression and protein interactome analysis indicate that transgenic Ndr2 disturbs the maturation of granule cells in the dentate gyrus. Together, our data suggest that increased expression of Ndr2 may critically contribute to the development of intellectual disabilities upon gene amplification.

The new research unit 5228 “Syntophagy”, a collaboration of researchers in Magdeburg, Berlin, Bremen and Haifa has been awarded funding by the German Research Foundation. The consortium lead by Dr. Michael Kreutz of the Leibniz Institute for Neurobiology in Magdeburg will examine the role of autophagy in synaptic functions. In our subproject, we join forces with Anne Albrecht at the Institute of Anatomy, OVGU, to study the control of stress related behaviour through autophagy in the hippocampus.

A high degree of regional, temporal and molecular specificity is evident in the regulation of GABAergic signaling in stress-responsive circuitry, hampering the use of systemic GABAergic modulators for the treatment of stress-related psychopathology. Here we investigated the effectiveness of local intervention with the GABA synthetic enzymes GAD65 and GAD67 in the dorsal dentate gyrus (dDG) vs ventral DG (vDG) to alleviate anxiety-like behavior and stress-induced symptoms in the rat. We induced shRNA-mediated knock down of either GAD65 or GAD67 with lentiviral vectors microinjected into the dDG or vDG of young adult male rats and examined anxiety behavior, learning and memory performance. Subsequently we tested whether reducing GAD65 expression in the dDG would also confer resilience against juvenile stress-induced behavioral and physiological symptoms in adulthood. While knock down of either isoform in the vDG increased anxiety levels in the open field and the elevated plus maze tests, the knock down of GAD65, but not GAD67, in the dDG conferred a significant reduction in anxiety levels. Strikingly, this manipulation also attenuated juvenile stress evoked anxiety behavior, cognitive and synaptic plasticity impairments. Local GABAergic circuitry in the DG plays an important and highly region-specific role in control of emotional behavior and stress responding. Reduction of GAD65 expression in the dDG appears to provide resilience to juvenile stress-induced emotional and cognitive deficits, opening a new direction towards addressing a significant risk factor for developing stress and trauma-related psychopathologies later in life.

To err is (not only) human: Mechanisms of post-error attentional regulation illuminated in mice. by Markus Ullsperger and Oliver Stork. https://doi.org/10.1016/j.neuron.2021.03.014

We are looking for MD students who are enthusiastic about basic research to investigate age-related cognitive decline in mice using a novel touchscreen test system.

Our newest paper is online: Allostatic gene regulation of inhibitory synaptic factors in the rat ventral hippocampus in a juvenile/adult stress model of psychopathology by Anne Albrecht, Menahem Segal and Oliver Stork

Here we show the region-specific long-term regulation of GABA-related molecular factors in the hippocampus after a juvenile stress experience. Our data highlight the role of ventral hippocampus and mechanisms that control local excitation/inhibition balance in development in adaptive and maladaptive stress responding.

Early life stress is an important vulnerability factor for the development of anxiety disorders, depression and late-onset cognitive decline. Recently we demonstrated that juvenile stress (JS) lastingly enhanced long-term potentiation via reduction of steady-state glutamine synthetase mRNA expression and the associated dysregulation of the astrocytic glutamate-glutamine cycle in the rat ventral CA1. We now investigated the regulation of steady-state mRNA expression of neuronal gene products that determine GABAergic and glutamatergic neurotransmission in layers of the ventral and dorsal CA1 after JS. We further studied their interaction with stress in young adult age (AS) to address their putative role in psychopathology development. Strikingly, mRNA levels of the glutamic acid decarboxylase (GAD) isoforms GAD65 and of the GABA-A receptor a2 (Gabra2) were increased after single JS or AS, but not after combined JS/AS stress experience. In fact, JS/AS resulted in layer-specific reduction of Gabra2 and also of Gabra1 mRNA levels in the ventral CA1. Furthermore, GAD65 and Gabra2 mRNAs were correlated with glutamatergic AMPA and NMDA receptor subunit mRNAs after single JS and AS, but not after combined JS/AS. Together, these data indicate a loss of allostatic regulation of steady-state mRNA levels of key GABAergic components that may result in a dysregulation of excitation/ inhibition balance in the ventral CA1 upon dual stress exposure. Finally, individual differences in local glucocorticoid receptor mRNA expression may contribute to this regulation.

The new CRC1436 “Neural Resources of Cognition”, which has been approved by the German Research Foundation on November 30th, will start its work on January 1st, 2021. Info at : https://www.ovgu.de/Universität/Im+Portrait/Profilierungsschwerpunkte/Forschung+_+Transfer/PM+63_2020-p-110490.html

Storklab participates in three projects of this CRC:

We are looking forward to these exciting collaborations!

Accumulating evidence supports the fundamental role of mesoscopic oscillatory network activities in sustaining numerous physiological functions. Indeed, mesoscopic scale recordings from rodents, primates, and humans have demonstrated the causal and/or correlative role of these brain rhythms in distinct behavioral domains including innate, emotional, and cognitive behavior. Depending on the behavioral state, these voltage deflections can range from slow (< 1 Hz) to fast oscillations (>200 Hz) and appear in distinct brain structures. They mediate local and brain-wide coordination of information processing via synchronization of neuronal activity. Thus, genetic or environmental factors that lead to alterations in oscillations can lead to disease states that are associated with aberrant innate, emotional, and cognitive behavior.

Despite the increasing attempts over the last decades, mesoscopic scale biomarkers of diverse neuropsychiatric, neurodevelopmental and neurodegenerative disorders are still sparsely identified. Studying mesoscopic brain rhythms in both healthy and diseased states provides an excellent approach in understanding healthy oscillations as well as distinguishing them from disease-associated “oscillopathies”. Thus, a collective effort on the identification of functional aspects of specific network oscillation patterns could accelerate the utilization of mesoscopic brain rhythms as biomarkers and as an entry point for therapy development in distinct disease states that are associated with aberrant innate, emotional, and cognitive behavior.

The goal of this Research Topic is to highlight the recent advances in the study of mesoscopic network activities with the aim of providing an overview of this wide-ranging topic. A particular emphasis will be on the functional aspects of network oscillations, their unique roles in innate, emotional, and cognitive behavior, and their involvement in distinct disease states. Studies using rodent models, primates, and/or human subjects are welcome. We seek Original Research, Review, Mini-Review, Hypothesis and Theory, Perspective, Clinical Trial, Case Report, and Opinion articles that cover, but are not limited to, the following topics:

• Role of sleep-associated oscillations in emotional vs. cognitive memory

• In vitro / in vivo evidence for oscillatory changes from animal models of neuropsychiatric, neurodevelopmental and neurodegenerative disorders 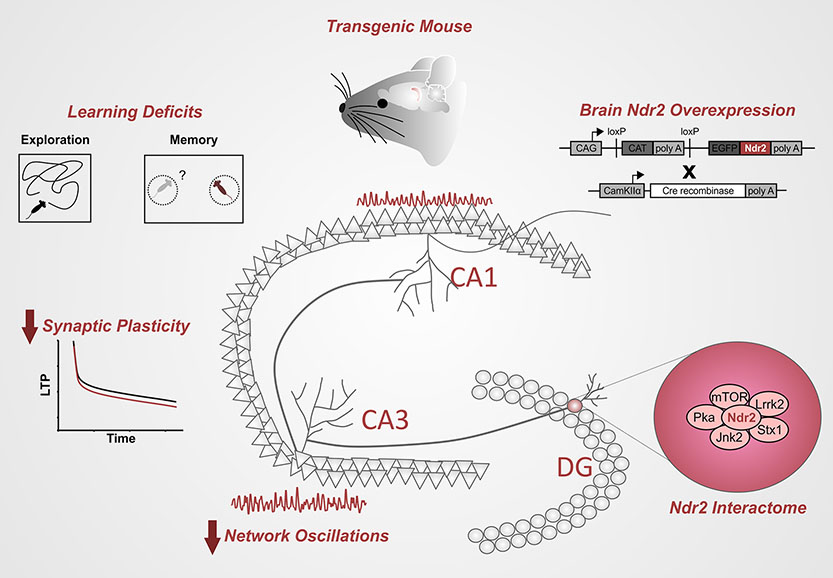